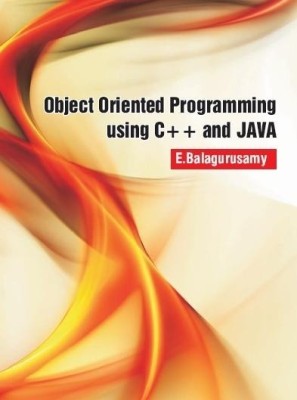 Object Oriented Programming Using C++ And JAVA is a book designed to help students get a grasp over these two programming languages. The subject is comprehensively covered, and is accompanied by examples and questions. Summary Of The Book Object Oriented Programming Using C++ And JAVA, published in 2012, is a book that helps programmers improve their skills. C++ is one of the most popular general purpose programming languages. It is free-formed, statically typed, compiled, multi-paradigm, and has a wide range of applications. JAVA is also a computer programming language. It runs on different platforms without having to be recompiled each time. Object Oriented Programming Using C++ And JAVA has been divided into units, each of which have a few chapters within. Unit I is titled Object Oriented Programming and Basics of C++. It focuses on various Functions of C++, and explains Control Structures, Tokens, and Expressions. The second Unit is about Classes and Objects. The unit based on JAVA is named JAVA Evolution, Constants, Variables, Data Types, Operators, Classes, Objects, Methods, Arrays and Strings. Other units in this guidebook are Operator Overloading, Inheritance and Polymorphism, and Classes and Objects. Some chapters within these are Constructors and Destructors, Inheritance: Extending Classes, and Type Conversions. Unit V is the last one of this text, and readers are introduced to multithreaded programming, interfaces: Multiple Inheritance, Applet Programming, and other such topics. Object Oriented Programming Using C++ And JAVA is filled with various solved examples as well as review exercises. These help readers to study the text, and then test their understanding of each topic. About E. Balagurusamy E. Balagurusamy is an Author, Consultant, and Teacher of Information Technology and Management. Balagurusamy has written over thirty-five books, some of which are Programming With JAVA – A Primer, Programming In Basic, OOPS using C++ And JAVA, and Numerical Methods. The author has a Masters in Electrical Engineering and Ph.D. in System Engineering, both from the Indian Institute of Technology, Roorkee. He is the former Vice-Chancellor of Anna University, Chennai, and was the Andhra Pradesh Government’s IT advisor for a decade. He was a Member of Union Public Service Commission, New Delhi. He was a consultant to the UN’s Industrial Development Organisation, and held the position of Chairman of Consortium for Educational Communications. His works have been translated into various languages like Russian, Hindi, Spanish, and Mandarin. Balagurusamy has started the EBG Foundation to help underprivileged sections of society. The author is the recipient of the Bharat Nirman Excellence Award, Author of the Year Award, Vande Mataram Award, and Bharat Vikas Award.
More >>

We use cookies to ensure that we give you the best experience on our website. If you continue to use this site we will assume that you are happy with it.Ok